Photo that was captured in Damascus, Syria in the year 1889. 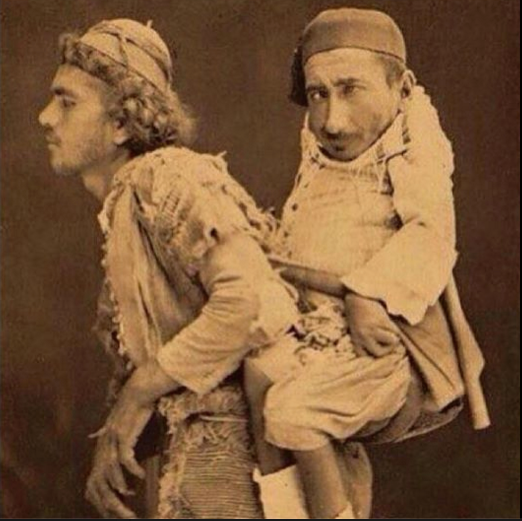 This is a real photo that was captured in Damascus, Syria in the year 1889. The one being carried is a Christian dwarf named Sameer. The one carrying him is a blind Muslim named Mohammed. Sameer would depend on Mohammed for transportation in the busy streets of Damascus. Mohammed also depended on Sameer to help navigate him passed obstacles. Only one of them was able to walk and only one of them was able to see. They were both orphans and lived together in the same room. They were forever together. Then Sameer died, Mohammed stayed in his room crying for a week. He lost his other half and as a result he died after that week from sadness. This once used to be Syria.