The 72-year-old, who lost her sight following an illness when she was seven, recalled the first time she entered the Grand Mosque here with her husband, Abd Aziz Yusof, 73, who is also blind.

"I don't know how to describe it but we both felt the difference.

"I remember what the Kaabah looks like as I have seen it in books before I went blind. During my tawaf, I could picture it in my head and felt calm and happy."

Esah and Abd Aziz arrived in the Holy Land on July 26 for their haj. The couple, who resides in Old Klang Road, Kuala Lumpur were in Madinah for eight days before arriving here last Friday.

They have a daughter who is married with two children. Unfortunately, she could not join them as she did not have the means to do so.

Both Esah and Abd Aziz had registered with Tabung Haji (TH) in 2009.

"March 31, 2009 to be exact," said Esah, adding that it was a dream come true when they received the invitation letter from TH this year.

They are placed in separate rooms but have guardians to help take care of their needs and bring them around.

Esah is accompanied by her friend Nor Azian Mansur, who she met during a haj course two years ago, while Abd Aziz has found a "chaperone" in his roommate, Jaafar. 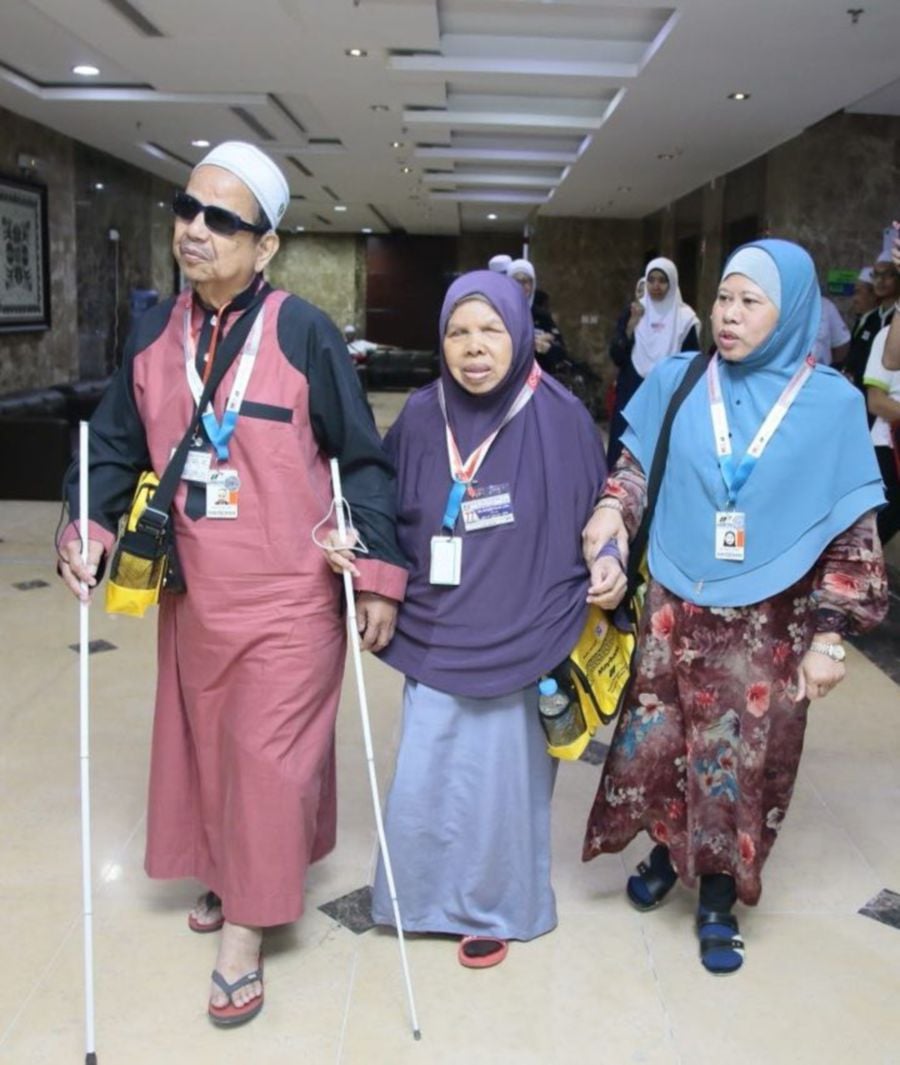 "As I am not familiar with my surroundings, I need someone to assist me. Back in Kuala Lumpur, getting around is not a problem," said Abd Aziz, who lost his sight due to illness when he was three.

Esah, who once worked in a factory assembly line, was introduced to Abd Aziz by mutual friends when they were both in school.

Abd Aziz was then studying at Sekolah Menengah Pendidikan Khas Princess Elizabeth in Johor Baru, while Esah was at St Nicholas Home, a school for the blind in Penang.

They corresponded in Braille, fell in love and got married in 1974.

Now, they spend their days at the Malaysian Association for the Blind in Brickfields attending Quran classes and other workshops.

They have not managed to go to the mosque many times since their arrival as their accommodation building is nestled within a hilly area.

"I do not want to trouble others too much," said Abd Aziz.

TH has, however, assured them that they would be given all the assistance required, especially during the Masyair period.

Masyair is considered the most challenging time of the haj. It involves a massive movement of pilgrims - close to three million from around the world - from Makkah to Arafah for wukuf, and then onwards to Muzdalifah, and Mina for the stoning ritual.

Abd Aziz urged all who could afford it to perform the haj.

"There is no point keeping your money. You can't take it with you when you die."