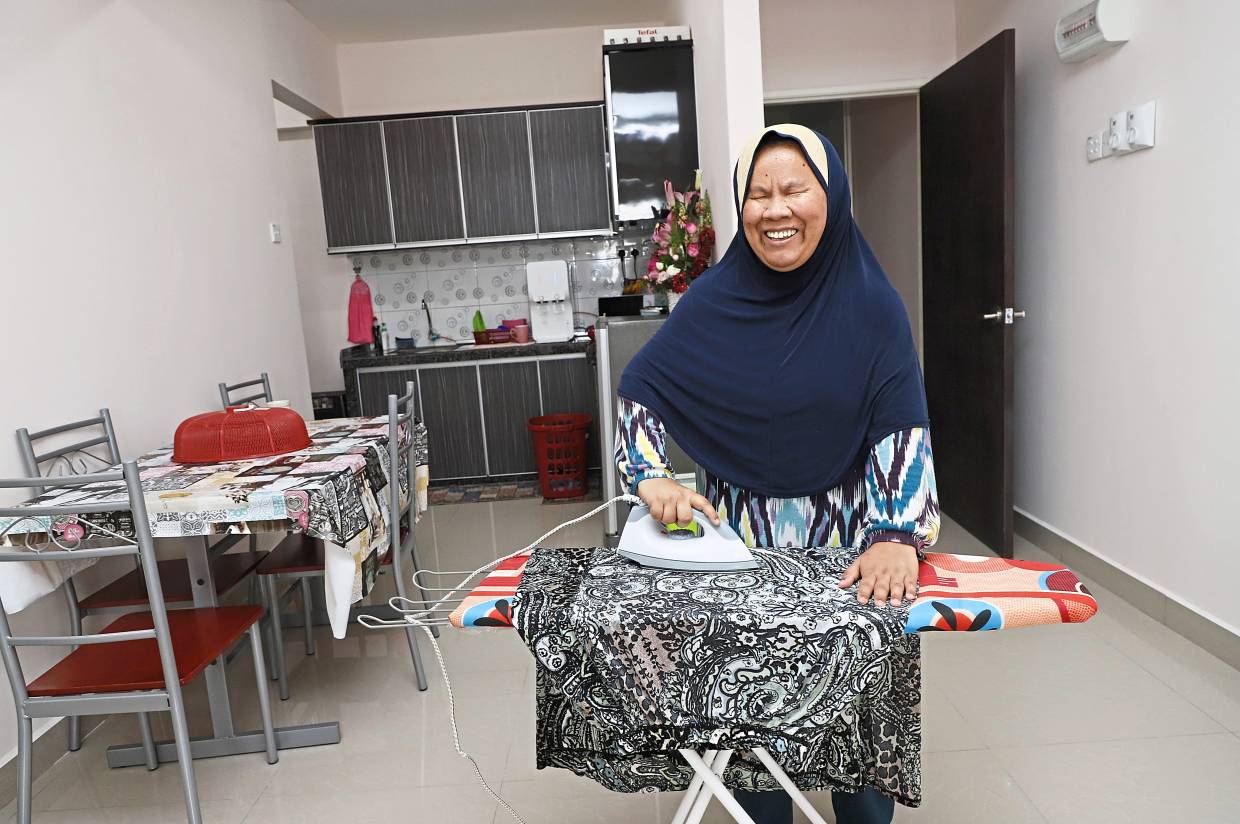 “I am still getting used to my new place and living alone.

“Many people supported and motivated me along the way and I am glad that I did not let them down, ” she said when met at her house on Monday.

Esah first applied to buy a low-medium-cost apartment in 2014 but the form was misplaced.

She had to register again in 2016 and was called up for balloting by the state government in 2017. She received her keys in April this year.

After being abandoned by her parents, Esah was raised at an orphanage in Kelantan. She then studied at SK Pendidikan Khas Princess Elizabeth in Johor Baru.

She moved to an orphanage in Setapak, Kuala Lumpur, during her secondary school days.

After completing her studies, she was introduced to St Nicholas Home here, where she learnt basic living skills, communication skills and Information Technology (IT).

And the turning point came when she met trainer Jayah Doraisamy at the home.

“She encouraged me to save money and buy a house.

“I spend wisely and prudently, using only the money from my Disabled Workers’ Allowance (EPC), which is RM300 a month. The amount was increased to RM400 three years ago.

“Almost all my salary goes to the savings. I also sing at events to earn some pocket money.

“I hope that people who share the same fate as me would not depend on others. They can live independently, just like me, ” she added.

Jayah, 60, who retired recently, said she was proud of Esah’s determination.

“When she was a teenager, it was quite hard for her to adapt to a new environment. I told her it is important to equip herself with mobility, social and Braille skills.

“She has a very good voice and strong communication skills.

“She has been invited to sing at functions and people engage her to perform at events.

“St Nicholas’ Home allowed her to stay on special merit for more than 10 years, and she knew that she had to move on by living independently.

“I am proud of her, and believe that she will be able to live her life comfortably now, ” Jayah said.

‘It is a real message of hope – I feel within my lifetime we can restore functional sight to the blind’, expert says of successful study