KUALA LUMPUR: Perseverance finally paid off, and quite handsomely too, for Mohamad Hanafi Nordin.

It took him a little longer than his peers, but he finally managed to sit for the Sijil Pelajaran Malaysia (SPM) examinations at age 20 last year.

To top it off, he managed seven A’s out of the 10 papers he sat for. 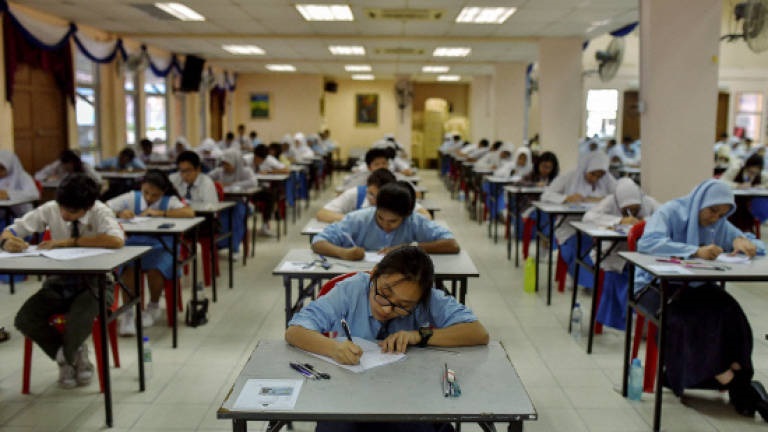 Hanafi’s life took a tumble when he discovered in 2012 that he had glaucoma. “I could not even see the whiteboard in front of me,“ he recalled.

“I thought I only had bad eyesight so I went to have my eyes checked,“ he added.

However, he was referred to the hospital where he was informed that he had glaucoma. The problem is caused by increased pressure on the optic nerve – the nerve that transmits images to the brain. If not treated early, it could lead to permanent blindness.

In 2015, Hanafi had eye surgery to save whatever vision he had left. He was then transferred to another school and had to repeat Form 4 because he had to start on a new syllabus.

In 2016, he had to undergo yet another surgery. In the same year, another tragedy struck – his mother passed away.

“I really felt like giving up. I felt down, lost and I did’t know what to do,“ he recalled.

Then, help came in the form of his uncle, who heard bout is predicament and had him enrolled in Sekolah Menengah Pendidikan Khas Setapak, a school for individuals with special needs.

In the new school, he had to repeat Form 4 yet again because it was yet another new syllabus. “Finally I was able to sit for my SPM last year,“ he added.

Hanafi said he had the most trouble with mathematics as he had to memorise the Braille codes for numbers and symbols. But his sense of touch was rather dull, making it difficult to feel certain diagrams.

He is now looking forward to enrolling in the university and then becoming a teacher. I also want to pay my dues to those who have helped me,“ he added.

For Ching Weijian of the Methodist Boys School Kuala Lumpur, a hint of his excellent results came on Wednesday.

“The school administrators called my dad and told him that the Education Department wanted me to dress up when I went to school to collect my results,“ he told theSun. “I didn’t know why but I was nervous and excited at the same time.”

At the school, he was pleasantly surprised to be told that he was one of the high achievers, scoring an A+ each for nine papers.

Weijian, 18, is now studying for his A-levels and hopes to secure a scholarship to pursue tertiary education in either chemical engineering or economics.

He said the secret to his success was to practise consistently and have friends as well as supportive parents and teachers around him.